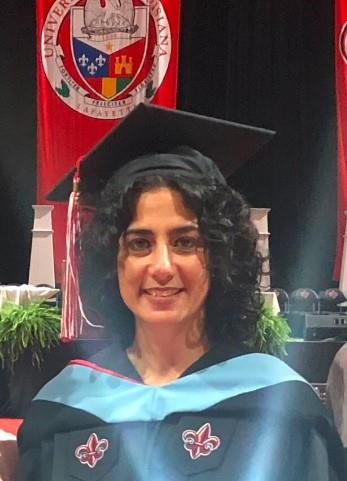 My name is Grisel Torres. I was born in Cuba and came to the US in 2002. I’ve been teaching Spanish I and Spanish II at MCHS for eighteen years. I have various responsibilities such as being the Foreign Language Department head as well as the Foreign Language Society sponsor. I hold the annual MCHS Foreign Language Cultural Festival with help from students in this club and other organizations in school. I also serve as the teacher leader of PBIS (Positive Behavior Interventions Support).

I received a bachelor’s degree in education from Juan Marinello College Institute of Pedagogy in Matanzas, Cuba. I received a Louisiana Teaching Certificate in Spanish and English as a Second Language in 2002. I earned a National Board Certification in World Languages/Early Adolescence through Young Adulthood in 2011. I recently graduated from UL at Lafayette with a master’s degree in education with a specialization in Educational Leadership.

I like spending time with my two kids, Gaby and Chris. I love studying and learning new things as well as teaching my students not only Spanish but various cultures and traditions to enrich their world knowledge.